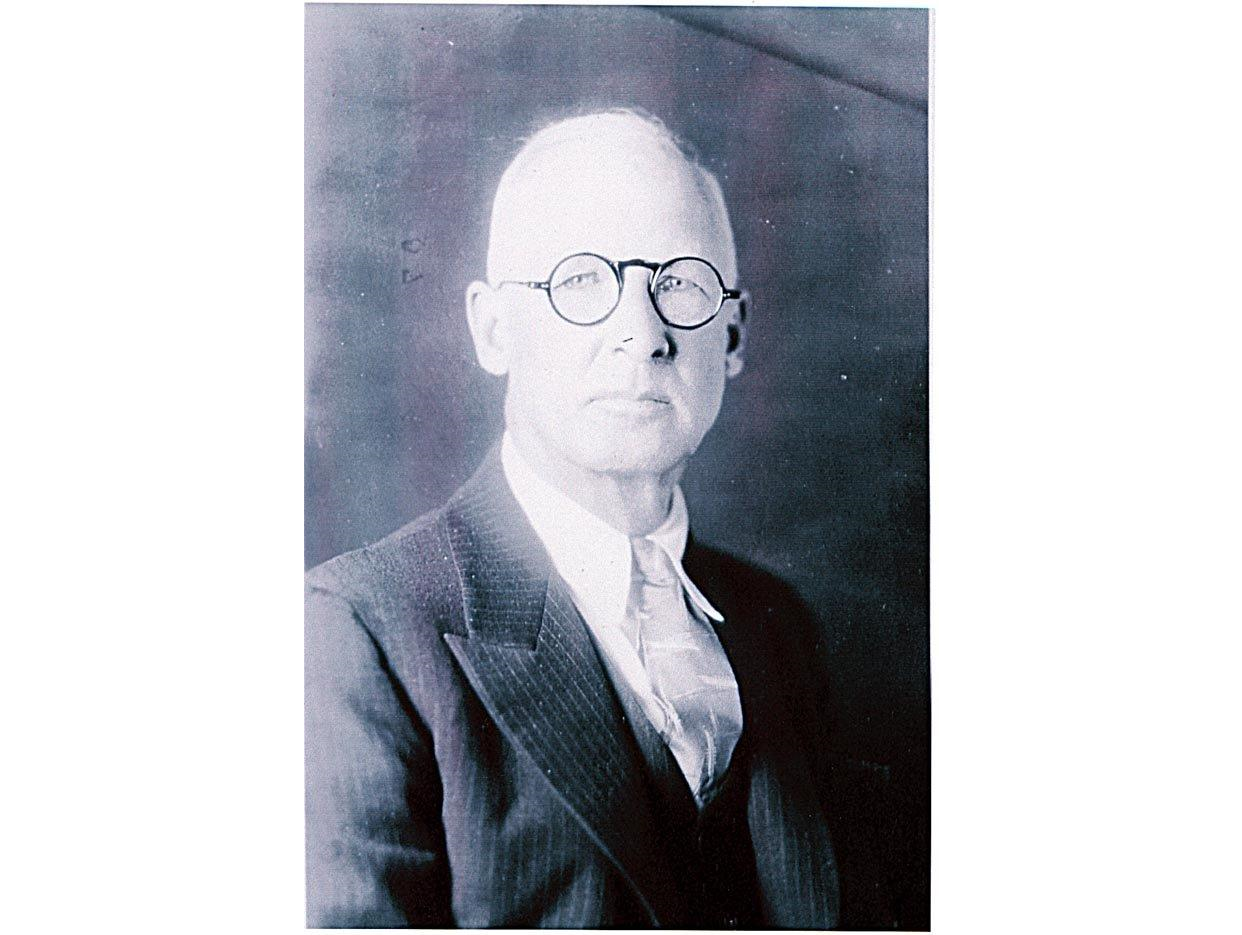 Contributed by Robert W. Lane, as discovered in The Saline Observer of June 4, 1914.

Chehallis, Wash., May 27, 1914
To the Editor and readers of The Saline Observer:

As I write this date, it brings back to mind thoughts of 25 years ago today, as that is the date I left old Saline. Many are the changes that have come not only to the writer but also to Saline and its people. I will draw a picture of the way Saline looked in those days and of some of the people who were familiar figures on the street and did business as I remember them a quarter of a century ago. You will note death has taken a large portion of them.
I will start in with the section of business places as I remember them and where they were located.

E. Chicago Street:
First was Jacob Sturm's harness and carriage shop on the south side of Chicago Street, where he and his brother, Louis did business for so many years.

Next was Daniel Nissly's grocery and shoe store, where the writer first learned to do brown sugar, rice, etc.; it was before the days of paper sacks and it was one of the trials of my life to get up a package that would pass Uncle Daniel's inspection and hold the articles without leaking. It was also here that the writer first learned the art of fitting and selling shoes, and many are the sales that we missed to the fair sex as in those good old days they were all marked in plain sizes. A woman would come in and call for a 4-E when she ought to have a 6-EE and of course would not take them because there was something wrong with the shoes, not the woman. It is easier to sell shoes in these days, as you can fool the women now on sizes and make them think they are wearing a couple of sizes smaller than they really are.

Next was C. Parsons, dry goods. Theodore Stierle and Allie Hamlin were selling ribbons and calico. Poor Theodore is gone long ago; also Mr. Parsons, and I understand Allie is a prosperous businessman in some eastern city. He was connected at on time in the early nineties with the writer in business in Centralia (WA).

W. Chicago Street:
Next came Mr. Thomas Eccles' shoe shop in a little shack known as the Burg Building. Mr. Eccles was making shoes and repairing the soles many years before the writer left Saline. His daughter, Mary, still lives in Saline, making dresses instead of shoes, I understand.

Next came Maher & Davis" hardware store. These two gentlemen were not what you would call old timers there, as they had only been there a couple of years or so when the writer left.

Next came Charles Burkhart's dry goods store, the same place I understand where George and his brother, Fred, are now. George was a clerk in his father's store at the time and Fred was a little fellow in knee trousers going to school.

Next in the old McKinnon Building, was O. M. Kelsey, with a grocery stock. Ort, as we called him, started with Fred Gauntlett as a partner, but he was alone at the time the writer left.

Across the street on the next corner was the drug and jewelry store of the Nichols Brothers (Harrison and Howard). Mart Reynolds was clerk at the time. The Doctor and the writer, with several others used to board with Mrs. Shepherd in the old Gillette House, and many a ride the Doctor has given me when he was making his country calls.

Next was Ed. Aldrich's dry goods store. He had not been in business long at the time I write, but was getting his share of the trade, as he had his charming daughter, "Dess," as she was called, in the store and in those day lady clerks were not as plenty as today.

Next came Charles and Mart King in the grocery business. The writer always felt a personal interest in the boys and their success, as we were all clerks together at Nissly's before they embarked for themselves.

My best recollections were that Abe Alber had an ice cream and confectionery store in the next building and the next was a meat market run by the Woelper Bros., and the last little store in the block was George Ehnis' tailor shop. I understand George is still making clothes.

The Other Side of W. Chicago St.:
Starting on the same street on the other side was Fred Weissinger's Furniture Store, in the building, as at one time Richard Gauntlett had a shoe shop there.

Then came Brainard Mason in the drug store, with Elmer Rouse as clerk.
Across the alley was John Hull in the hardware store, where my old friend, Gay Harris, spent so many years in faithful service for J. W.

Next was J. H. Bortle with his confectionery and barber shop. John was the first barber the writer can remember of Saline having.

Next was the Harmon House, with Anson Harmon as the popular and smiling landlord; also the owner of Texas Jim, the trotting mustang that won fame and money as a trotter.

Next was the Davenport Building where a Mr. Oppenheim had a dry goods stock in same and W. H. Davenport & Son had a little bank around the corner in a little brick building "the first bank Saline afforded.

And then, across to E. Chicago St. :
John Schaffer had a saloon on the opposite corner and a poolroom was in the next building, but cannot recall who ran it at the time. Then came Dr. Untekircher's office in the Dr. Watson Building.

Then the old American House, that John Gillen and family occupied so many years. And near that was David Sears' shoe shop, where the writer used to take shoes to be repaired when they were returned by customers for not wearing long enough.
Then the old Presbyterian Church on the corner came. I understand it has given way long ago to a beautiful new brick church, built in Rev. Leith's time.

S. Ann Arbor Street:
Mr. Frank and his family were in the brick store known in the early days as the Haines Building (NW corner of Ann Arber and Henry). Then came Charles Clarke's furniture and undertaking establishment. Many a ride on the old hearse the writer has had with Mr. Clarke attending funerals, when he worked for R. W. Mills, who furnished the team for the hearse.
George Lindenschmidt ran the meat market in a new brick he built a year or so before I left.

Across the way in the Wallace Block, the writer has lost some of the occupants. Grove Parsons had a gent's furnishing store he was running for his father and Ashley VanDuzer had a barber shop in one. The Observer office was over the City Fire House and A. J. Warren ran the paper.

Harry Haller was one of Saline's first resident dentists and his office was over Nichols' drug store.

Rev. Caldwell was the Presbyterian minister and his esteemed wife and charming daughters made the old Parsonage a very pleasant place to spend an evening, at which the writer was a frequent visitor.
Here and There:

E. W. Ford and son, Flave, ran the lumber yard near the depot, where according to Observer announcement, Flave has long ago taken over the business and added many other lines.

George J. Nissly was Saline's busy man. He was running the large poultry yard and in a lot of other enterprises that were always helping to benefit the town. When George died Saline lost a valuable man.

E. A. Hauser was branching out in the buying of stock; Nate Bordine and Bill Derendinger were buying for him.

Adam Klein and son, Orrie, were running the Schyuler mills; also a little saw mill was run in connection awhile in the winter, when they had sufficient water. Friis & Minnett were at the old Saline mills and I understand they are still in business.

S. M. Bixby owned the York mills but cannot remember much about him, as he was newcomer.

There are a great many more I could mention, but time and space will not permit. I was inspired with the thought of this write-up after reading some of the old memories that Walter Nissly inserted in his ads nearly every week. My sister, Ida, and self read them with much interest; as nearly all the old memories are familiar to me. As I came to Saline as a little boy there were no such things in those days as electric cars, electric lights, city water or any of the modern conveniences.

I fear this would not be complete if I failed to mention C. H. Carven, as Charles at that time was the obliging and good-natured drayman, who did our freight hauling from the depot.

D.A. Bennett was the agent (at the depot) that swore and stormed around if you were a little late or a little early in calling on him. That was part of a railroad man's duty, though, to be cranky. He was all right as a singer, also, and was leader of the Presbyterian Choir.

If you will notice, a large portion of the names I mention have passed over the divide and it goes to show what changes 25 years' time will make.
I hope some day to come back to old Saline on a visit at least, but don't suppose will ever make it my home again, as am too much of a westerner to go back and be satisfied.